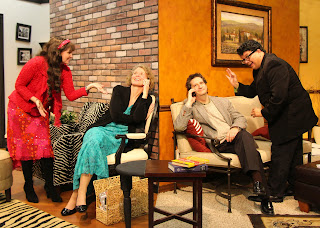 Theatre For Change proudly supports the Woodlawn Theatre, and their current production of Chapter Two by Neil Simon, as they have partnered with Bexar County Family Justice Center (BCFJC) to promote the mission of "assisting victims of domestic violence in their journey from survivor to thriver".

A portion of all Chapter 2 ticket sales will benefit the BCFJC.


BCFJC's Mission states that they "provide services and resources necessary to assist victims of domestic violence and their families  in one centralized location.  Some of their key areas of focus include:


Mahatma Gandhi said, “In a gentle way, you can shake the world” and clearly the Woodlawn's Chapter 2 is doing just that.


Chapter 2, according to Sheridan Morley, "Was in some ways the turning-point for Simon, the moment when he started to use his own life as something more than an excuse for a gag-fest. It was written as a tribute to Marsha Mason, his second wife and her tolerance with his long-lasting grief over the death of his first wife...There is something very painful here, in among the gags, about a man trying to come to terms with death rather than a new life." 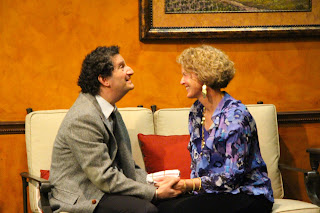 ‘Chapter 2’ will run February 8 – 24, with performances Friday & Saturday evenings at 8pm, and Sunday matinees at 2:30pm. Tickets can be purchased online at www.WoodlawnTheatre.com, or by calling their box office at 210-267-8388.

Posted by Theatre For Change at 12:07 PM