Renaissance Guild sets shining example with A Raisin in the Sun 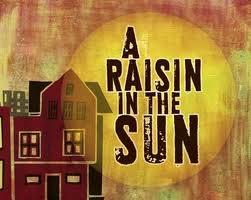 The Renaissance Guild embodies the exact kind of theatre San Antonio should strive to produce. Their current production of A Raisin in the Sun brought together a community in the same way play's Younger family bands together to stand up to a world unwilling to accept them. After 12 years in San Antonio, The Renaissance Guild has remained true to its mission and delivers some of the most genuine authentic theatre that reaches past the stage to connect with audiences’ social consciences on a personal level.

The plot follows Walter Lee Younger as he tries to convince his family to invest the insurance money from his father’s death in a business that will finally raise them out of oppressive poverty. After alienating his wife over his obsession with wealth, he betrays his family’s trust and loses the money. He eventually regains his manhood by making a stand for his family and his race.

The play, and this particular production, reaches past the struggles of a black working class family living in Chicago in the early 1950s. Themes of greed coupled with the desperation it brings, as well as pride in culture and fierce loyalty to family, challenge audiences to dig deep to find what drives them. Momma, ardently played by Michelle Burnett, reminds us that with culture comes family and one cannot exist without the other—we must embrace both to find pride, tolerance and even love. In a city so enveloped in culture as San Antonio, A Raisin in the Sun evokes empowerment in that culture as well as fulfillment for preserving it.

Lorraine Hansberry’s A Raisin in the Sun boasts accolades notable in the civil rights battles for both African-Americans and women with the first play written by an African-American woman to be produced on Broadway and the youngest American playwright and fifth woman to receive the Critics Circle Award for Best Play. Hansberry’s play is written about her family’s experience fighting for their right to move into a Chicago neighborhood they were barred from as African-Americans.

The production quality goes beyond great dramatic scenes from Mark Anthony Hall as Walter, Tori Foutz as Ruth, Michelle Burnett as Momma, Dan Walker III as Joseph Asagai and more, as well as effective comedic relief from Mrs. Johnson played by Danielle King. The set is wonderfully designed with great angles echoing the tension in the home and dressed with era-appropriate furnishings, all of which was complimented by spot-on costuming. A great soundtrack with atmospheric incidentals and unintrusive subtle lighting even made some long scene changes bearable.

The Renaissance Guild’s production of A Raisin in the Sun delivers all the spice and sass expected from a well-crafted script delivered by a talented ensemble of performers. With its plethora of important everyday themes, A Raisin in the Sun has the potential to lose the potency of its social significance, but in the capable hands of this company, each moment of struggle and success can be shared and carried long after the final curtain.


A Raisin in the Sun plays through Feb. 24 at the Carver Community Cultural Center Jo Long Theatre with performances at 8 p.m. on Friday and Saturday and 2 p.m. on Sunday. For more information, visit www.therenaissanceguild.org.
Posted by Jenni Morin at 9:01 PM