I share that in solidarity with Judy Shepard who spoke on January 30 at Texas Lutheran University (TLU) in Seguin, TX. Well, I call it “speaking,” she called it “one of these.” “These” refer to talks she’s given all over the country since her first in January 2000, following her son’s murder and subsequent trials of his killers.

In October of 1998, Matthew Shepard, Judy’s son, met up with Aaron McKinney and Russell Henderson – two people he had recently met and befriended in Laramie, Wyoming. They offered him a ride home, but instead drove to a remote area, tortured him, and tied him to a fence, leaving him to die. Matthew was discovered 18-hours later by Aaron Kreifels, a cyclist who mistook him for a scarecrow. He never recovered consciousness and died on October 12, 1998 at a hospital in Fort Collins, Colorado. During the trial, where the two men were each sentenced to two consecutive life sentences, it became apparent that Matthew was targeted and murdered for being gay. Read more here. http://en.wikipedia.org/wiki/Matthew_Shepard 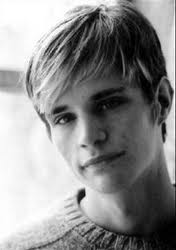 Judy Shepard is “just a mom,” (her words not mine). It’s actually kind of my favorite thing about her. This isn’t a public speaking guru who was already in the spotlight; this is a woman who experienced incredible tragedy and uses her grief to create change.

And create change she has.

·         She and her husband are co-founders of the Matthew Shepard Foundation, which delivers diverse speakers to universities and schools, provides resources to educators to help make schools safe for all, and offers an online community to support teens and young adults.

·         She was a vocal advocate and helped push for TheMatthew Shepard and James Byrd, Jr., Hate Crimes Prevention Act of 2009, which makes it a federal crime when a victim is targeted based on gender, sexual orientation, gender identity, or disability.
·         She speaks her story. And, according to Judy, it’s the only way to help make change happen.

On January 30, she told her story, starting with the Victim Impact Statement she shared during the trials of her son’s killers. 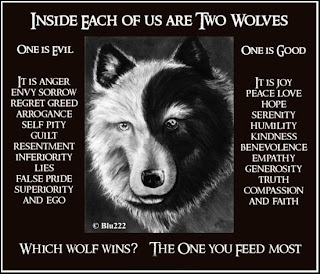 She shifted to a discussion about the current state of our country – “In 29 of our 50 states you can be fired for being gay. We are legally discriminating against fellow Americans. There are 1,000 parts of the federal tax code that are unavailable to gay couples.” Her disbelief was palpable. “Why do you care (if gay people get married)?”

She took questions from the audience.

She finished with the story of the two wolves.

“You are who you are; you love who you love.” She said it simply. A couple of times. It resonated.

I end with this: theatre is special to me because of the shared experience of the audience. We experience something together.  In this instance, we experienced Judy’s story, and that certainly helps feed the good wolf – the hope, humility, kindness, empathy, and truth.


Below is a 10 minute video detailing Matthew Shepard's story, may he rest in peace:

Posted by Theatre For Change at 8:20 AM