The Sheldon Vexler Theatre opens its season with a moving production of Dale Wasserman’s One Flew Over the Cuckoo’s Nest. This 1963 play, adapted from Ken Kessey’s novel of the same name, reaches beyond institutional oppression to today’s conversation of mental illness. 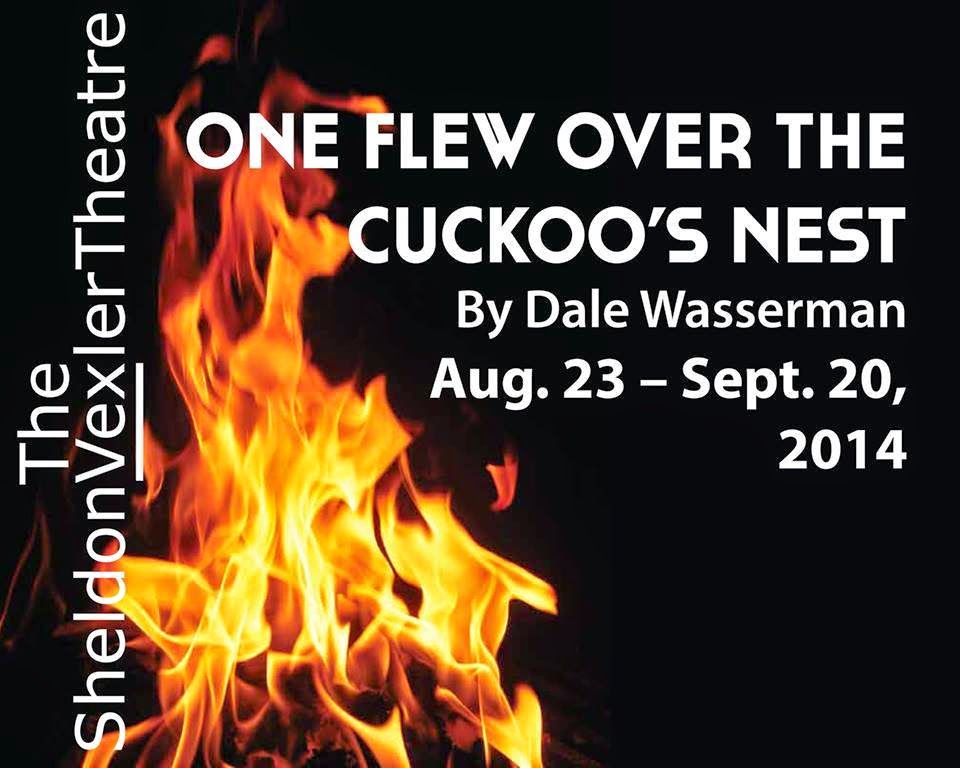 The action takes place in a state mental hospital where the patients have become comfortable in their sterile environment. However, new admit R.P. McMurphy, who is faking insanity to ditch his prison sentence at the work farm, stirs trouble as he refuses to relinquish his identity to the institution, causing a rebellion among the patients. Nurse Ratched oversees the ward and is not amused by McMurphy’s insolence as he tries to get the best of her. She wields her power not just over the patients by threatening them with alternative treatments like shock therapy and lobotomies, but also over the entire staff, including the Dr. Spivey. McMurphy has a profound impact on everyone, especially the presumably deaf and mute Chief Bromden who depends on McMurphy to “grow big” and regain his courage to reenter society. Eventually, Nurse Ratched has enough and provokes McMurphy into violence, earning him the threatened treatment.

A prominent theme throughout is the idea that sanity is relative and what keeps most of the voluntarily committed patients hospitalized is their inability to adjust to the outside world. All of them find comfort in the predictability of the asylum and Nurse Ratched’s overbearing demeanor. She often uses the patents’ neuroses to cajole them into submission, embarrassing and debasing them in front of one another. On a larger scale, the oppression of the institution mirrors that of society as it stigmatizes and ostracizing the mentally ill. Often patients are referred to as “curable,” which in essence is the stripping of individuality and conforming to social norms. With so many stories today about mental illness being the cause, or at least a contributing factor, in so many deaths, suicides and slaughters, the piece is incredibly potent and thought provoking as audiences get a glimpse into these sick minds.

The Vex’s production uses every element to instill a lasting sense of an inescapable void. Audiences are greeted by masked faceless characters marching to the sound of ticking gears, moving the action forward to an inevitable and tragic end. Konnor Frazier’s set is complimented by Chad A Miller’s synchronized sound design and Ken Frazier’s haunting light design. Even the costumes by Tami Kai are meticulously chosen to symbolize the characters’ evolutions through the play. The set, however, complete with ticking gears, sliding doors, exhaust fans and vents is incredibly detailed, allowing each smudge and fingerprint on Nurse Ratched’s glass-encased surveillance booth to symbolize the patients’ asserting themselves. Director Dylan Brainard comes close to genius with this calculated display with its eerie symbolism.

While each and every actor held their own in this production, the standoff between Ken Frazier as McMurphy and Tami Kai as Nurse Ratched was the most compelling. Kai in particular masterfully manipulated each and every scene with a calm, power-drunk entitlement. Kailyr Frazier as Billy Bibbit was incredibly convincing and devastating. Scott Leibowitz as Dale Harding captured the frail, yet paternal, figure perfectly. Without a doubt, it was Ken Frazier’s McMurphy who advanced the plot and moved his fellow patients as well as the audience. Barry Goettl’s Chief Bromden was heart breaking and inspiring all at once.

For every small triumph, there seems to be a larger tragedy. One Flew Over the Cuckoo’s Nest begs audiences to recognize how what is normal can also be insane and vice versa. It’s not every day a production can speak so eloquently of such a pervasive issue. The Vex’s production of One Flew Over the Cuckoo’s Nest is harrowing and cautionary and exactly what needs to be said and seen right now.


One Flew Over the Cuckoo’s Nest will run at The Sheldon Vexler Theatre through September 20, 2014 with performances at 7:30 p.m. on Thursdays, 8 p.m. on Saturdays and 2:30 p.m. on Sundays. For more information and to purchase tickets, visit www.vexler.org.
Posted by Jenni Morin at 9:39 PM

Email ThisBlogThis!Share to TwitterShare to FacebookShare to Pinterest
Labels: Jenni Morin, One Flew Over the Cuckoo's Nest, The Vex