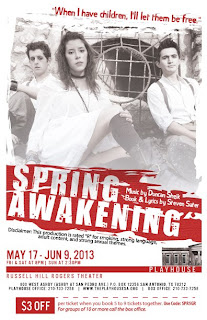 One pivotal scene in Spring Awakening sets in motion new themes and delves further into the desperation of the characters to find their place in the strict world of their parents and authority figures. As the girls walk home, Martha accidentally lets it slip that her father beats her and she is on the cusp of being kicked out of the house and suffering the same fate as Ilse. Ilse is a childhood friend who is homeless after being kicked out of her abusive household. She wanders the streets somewhat as a vagabond and a victim of a dangerous “bohemian” life floating from one man to the next.

Every year 3.3 million reports of child abuse are made in the United States involving nearly 6 million children according to a 2010 U.S. Department of Health and Human Services report. National Runaway Switchboard reports 80 percent of homeless or runaway girls were sexually or physically abused. Unfortunately, 80 percent of children who die from abuse are under four years old and never make it out. Those who do are at risk of repeating the pattern of abuse with their children—about 30 percent.

As many as 2.8 million children run away each year in the U.S. and between 30 and 40 percent of those are LGBT young people. In Spring Awakening, it’s the homosexual relationship between Ernst and Hanchen that seems the least risqué as they expect to look back on their acts fondly and worry little about others finding out. They, in contrast to the other characters battling demons and truths reaching their parents, speak easily and confidently. Today, LGBT youth identify more with the other characters at risk of being kicked out of the house and falling into the clutches of street life.

Within 48 hours of hitting the streets, The National Center for Missing and Exploited Children report one-third of children are lured or recruited into the underground world of prostitution and pornography. In the U.S., about half of girls living on the street are involved in formal prostitution. Commercial sex and human trafficking are growing problems in the U.S. and contribute to a global issue affecting over 12.3 million men, women and children in 161 countries, including the U.S. according to the Department of Justice. 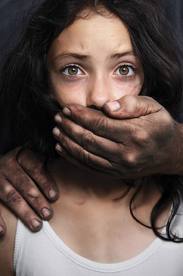 Ilse’s story has her coping with her homelessness by finding a bed to sleep in despite the person she must share it with. Similarly, modern prostitution is the result of desperation and a lack of options. The Department of Justice found that the majority of American victims of commercial sexual exploitation tend to be runaway or thrown away youth who live on the streets. The average age of entry into prostitution is 12 years. The Polaris Project estimates sex trafficking victims may be forced to have sex up to 20 to 48 times each day. While commercial sex may not  be new, the issue of human trafficking and forced prostitution has grown with the internet allowing nameless victims and clients to conduct business in anonymity.
In 2004, the U.S. Department of State estimated 600,000 to 800,000 people were bought and sold across international borders each year; half of which were children and most were female with the majority being forced into the commercial sex trade. 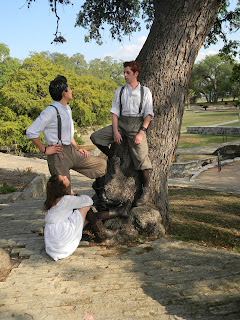 
Spring Awakening continues to bring attention to several issues in society even after over a century has passed since the staging of the original version. From a single character’s confession, themes spring forth to reiterate the relevance of this story.


[Editor's Note: Spring Awakening is a rock musical set in late 19th century Germany, based off of a play by the same name by Frank Wedekind. It examines tough themes that still plague our society over a century later because they are controversial and difficult to explain or remedy.  What this piece does is present the issues, the truths and consequences of actions in order to reopen the age-old discourse of how to talk about and/or prevent the dangers resulting from each.
This is part of a series of posts intended to present the various themes illuminated in the upcoming production of Spring Awakening at The Playhouse. While the intent is to remain objective, any opinions expressed here do not necessarily reflect those of The Playhouse, those involved in the production of Spring Awakening or Theatre For Change.]
Posted by Jenni Morin at 7:23 AM