The Overtime Theater and The Southwest Association of Literary and Dramatic Artists take a popular idiom to the stage with A Numbers Game, now showing through April 11. The title phrase insists there's a manipulation by the characters and they certainly do make a point of choosing what to believe and what not to believe in various situations. At it's core, there is a willingness to accept or deny the truth, reality and even reason, all with a good dose of humor. 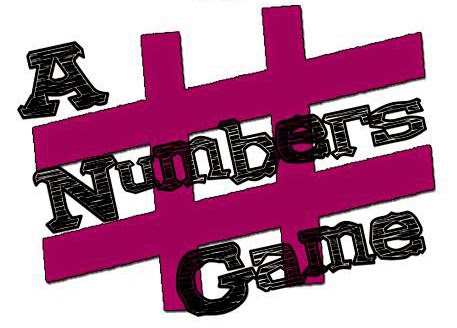 Written and directed by Emily Fitzgerald, co-founder of SWALDA, A Numbers Game presents four separate scenarios of relationships. First, a group of friends plays a game of "I Never" until it is broken up by the father of the hostess who stopped by to say goodbye before a rather unusual trip. As the couple disagrees about the validity of the father's story, the hostess becomes defensive. Both relationship and friendship seem to be at an impass as the three are left to decide for themselves which reality to accept. The second short titled "Immortality" discusses a new couple making a very unconventional agreement to have a child together. Both feel this will complete their lives in different ways, while their friends are skeptical it will be as fulfilling and simple as they intend. "Love is Madness," the third story, features a bold and imaginative way for a guy to meet a girl so he can ask her out on a date. As they try to figure one another out, testing the waters, it's clear expectations have been set for their relationship going forward. Finally, "The Journey" ends the quartet of scenes with a couple attempting to use therapy as a means of reconciliation. After discovering the interesting side business of the receptionist, the couple finds a way to talk about subjects and situations they swore never to broach again, bringing them closer and eliminating their need for intensive therapy.

All four actors skillfully portrayed very discernibly different characters throughout each scene. Miguel DiCostanzo's best performance of the night comes in the third short as he plays Julian, an awkward yet intelligent and surprisingly romantic German lit student. Jay Overton does well to play two very different characters in the first scene's hippie ambassador Ed and George, the more reasonable, yet supportive, counterpart to DiCostanzo's Marc. Sarah Nixon as Morgan and Rosie pairs especially well with DiCostanzo in the scenes where they couple up. She also offers two very independent women in the wry Maggie and eccentric DeeDee. Finally, there is Christine Quattro who goes from laid-back butch to timid country girl to uptight control freak. While there were moments actors broke character, they were steadfast in their representations.

Each scene is somewhat color-coded with the costumes matching one of the flats at the back of the set. It was a clever device for further distinguishing the scenes, but slightly disappointing the colors went in order from left to right. The set beyond the panels is very basic, which is fitting for the various settings needed. Costuming is modern and appropriate to each character and not too obviously color-coded for every scene. The use of the TV monitor as an additional piece of scenery felt unnecessary and mostly distracting. It's graphics rather than photographic images took much of the seriousness out of the scenes, perhaps on purpose. Despite some possibly faulty lighting equipment, the minimalist execution in lighting was very well done. The sound was slightly off in the volume department, but offered some humorous relief, especially in the last scene. Perhaps the most notable technical elements of the production were the props, which added much-needed grounding.

Fitzgerald starts a few interesting debates between her characters, which become less serious as the scenes progress. Perhaps a change in the order of the shorts would allow for a more thought-provoking ending, but it seems that may result in an unintended connection between plots. The first scene poses the most interesting question by far as it analyzes the need for truth and the difference between a believed reality and what's real. This theme could have carried more heavily throughout the following scenes, but instead more questions are brought to the table along the general theme of belief versus reality. Each scene delves just far enough into the questions to create a debate, but also offers a succinct conclusion so there's little desire left for further discussion. The scenes are great for a short trip into deep thought, but the humor and some of the ridiculous situations bring a lightness to the whole exercise.

A Numbers Game is a light-hearted, humorous and, at times, ridiculous exploration of some deep philosophical and ethical debates. The Overtime Theater and SWALDA offer an opportunity to laugh and think, be entertained and challenged, without too much commitment.


A Numbers Game plays at The Overtime Theater through April 11 with performances at 8 p.m. on Fridays and Saturdays and Thursdays in April, at 2:30 p.m. on Sunday, March 22 and 7 p.m. on Sunday, March 29. For more information and to purchase tickets, visit www.theovertimetheater.org.
Posted by Jenni Morin at 11:10 AM