On the surface, Lanford Wilson's Talley's Folly, now showing at The Sheldon Vexler Theatre through March 1, is a romantic comedy of two unlikely lovers. However, digging deeper into the play's setting in 1944 nearly one month after D-Day and it being penned just four years following the Vietnam War, the weight of the characters' worries becomes much heavier. As the winner of the 1980 Pulitzer Prize for Drama, Talley's Folly is as much a glimpse into the personal lives of its characters as it is Wilson's life and post-war America. 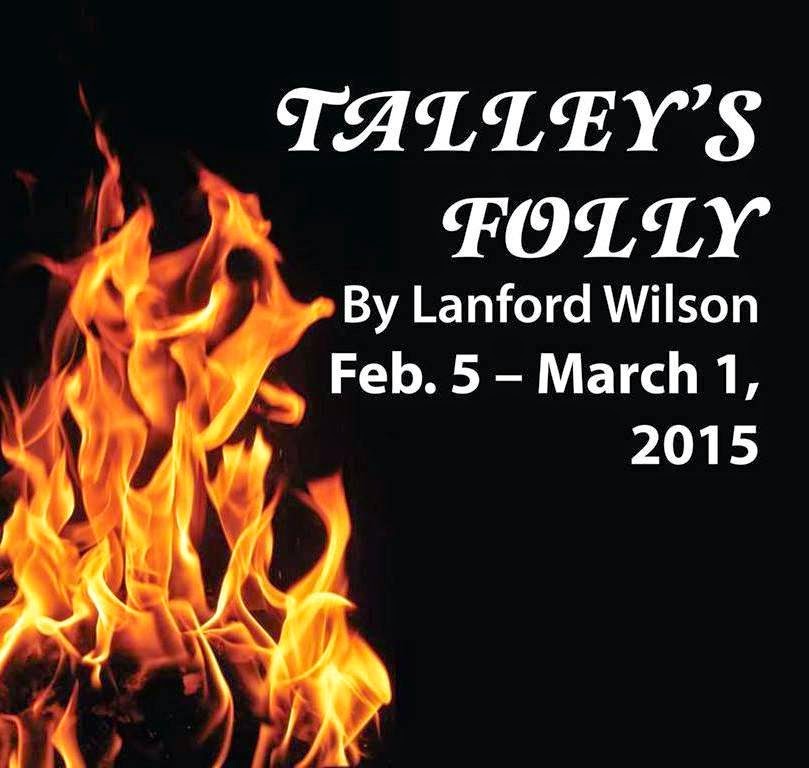 Sally Talley and Matt Friedman met a year prior to the action of the play and spent a summer romance in a boathouse built by Sally's uncle. After a year's worth of letters, Matt decides to visit Sally, intending to propose. As they each attempt to chip away at the other's shell, their pasts resurface, which they desperately try to avoid, Matt by using humorous stories and Sally by bringing up finance and economics. Each of them have been scarred by war and misfortune, but ultimately find hope and love.

Talley's Folly is fraught with insight into American post-war culture of the 1940s, 1970s and even today. Wilson draws on his childhood in Missouri to develop the caricatures Matt portrays as he imitates Sally's relatives and he uses Sally's fear of a second Great Depression to comment on the residual American sentiments following the Vietnam War. Sally expects an economic collapse following the war, while Matt insists there is plenty of capital for the country to remain fiscally sound. Matt openly criticizes American democracy while Sally evidently wants nothing to do with the labor issues plaguing her family's business as she nurses soldiers back to health. They both echo the cries of post-Vietnam War views, asking what it was all for except for death and a repeat of the past. Not to leave audiences dismayed at such negativity, Wilson neatly wraps these concerns in romance and comedy and caps the story with hope, perseverance and a kiss.

As Matt Friedman, Scott Leibowitz does an amazing job switching from a meta-theatrical monologue to a master impersonator to a comedian to a romantic to a cynic and back again. He tackles his character with precision and creates a beautiful consistent arc for Matt. Leibowitz is funny, charming, well-rounded and a perfect sparring partner for Kathy Becker as Sally Talley. Becker stays steadfastly stubborn in her rejection of Matt, while giving slight smiles and glimpses of hope to the audience. She is a strong female character very well cast.

The Vex's production of Talley's Folly is detailed, entertaining and thought-provoking. Director Jim Mammarella infused plenty of movement and humor into the piece, allowing the actors meld with their surroundings. The boathouse set designed by Ken Frazier is a spectacular folly accented by his subtle lighting and brought to life with its many decorative elements and props. Chad A. Miller's sound design was rather minimalist and could have provided much more ambience as mentioned throughout the script and pointed out in Matt's opening monologue. Yvette Oakes-Crabtree's costume design was accurate from Sally's victory rolls to Matt's tie. Whether intentional or not, Sally's lack of pantyhose speaks volumes of the character and her situation.

Wilson uses a seemingly incidental tangent in Talley's Folly to discuss the fears and attitudes of post-war America while keeping it light with a cloaking blend of comedy and romance. Friedman and Becker are a perfect casting as they took to their roles and each other like kismet. The Vex's Talley's Folly is a treat fit for a Valentine's date and a reflective night of intelligent theatre beautifully staged.


Talley's Folly will run at The Sheldon Vexler Theatre through March 1, 2015 with performances at 7:30 p.m. on Thursdays, 8 p.m. on Saturdays and 2:30 p.m. on Sundays. For more information and to purchase tickets, visit www.vexler.org.
Posted by Jenni Morin at 12:00 PM