When audiences usually encounter a play, it is a full production with a finalized script and all the technical bells and whistles to make it a polished theatrical performance. Local playwright Sheila Rinear’s Merry Gentlemen offers audiences a different experience with a staged reading in the Cellar Theater at The Playhouse San Antonio. 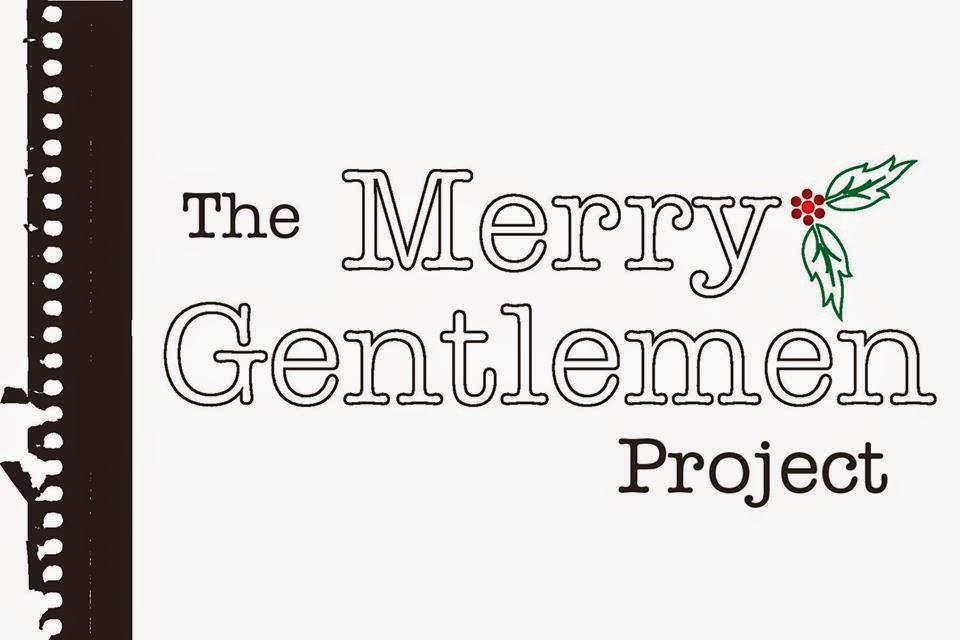 The staged reading is a bare-bones production where the cast sits with the script and reads it, complete with stage directions, to the audience. Director Matthew Byron Cassi has the cast act out a few scenes with blocking to give the audience a better feel for the show. A chalk and block set helps set the scene along with a few light and sound effects. This is about experiencing a script still in the writing process.

Those who have followed the evolution of this script may have attended the readings and talk back sessions over the past few months and will be glad to know the essence of the script – and its favorite characters – have stayed intact. While Rinear would still like to “massage” a few of the scenes, the script is at a point for a pared down production.

Rinear received a wide variety of suggestions for her script, which borrows elements from the infamous A Christmas Carol, to make it more fantastical, darker and a closer adaptation of the original. It is, at this moment, a modern Christmas story all its own. While several names and a few key elements still allude to Dickens’ classic, there are more mentions of classic film and pop culture that make the play feel more modern than previous drafts. A few of the improvements to the script include a more defined character arch for Ben Dickens, read by Marc Duratt, and a more obviously desperate and focused attitude for the crippled Tim Dickens, read by Bradley Fertilla. Since the characters are more developed, there is less explanation of lines, more action and an expanded plot.

The introduction of the Wigs character, read by Jakob Minton, helps advance the action and provide an inspiring and heartwarming element of hope to a somewhat grim storyline. The script also features several puns and comedic moments that lighten the mood. Actors John Minton as Fred and Catherine Babbitt as Miss Marley really highlight those gems while Kayli Hernandez as the little girl brings a load of sass.

One of the most exciting experiences of attending a staged reading is imagining the full production as a director or designer would when they first read a script. It’s a rare opportunity to focus on words, characters and possibilities from inside the artistic process. Rinear’s play is familiar, yet still different, as it touches on tragedy and comedy through a cast of fresh characters. Merry Gentlemen would be a welcome addition to the Christmas theatre canon.


Merry Gentlemen will run at The Playhouse's Cellar Theater through December 14 at 8 p.m. on Thursday, Friday and Saturday and 3 p.m. on Sunday. Check with the box office for talk back sessions with the audience following the reading. For more information and to reserve tickets, visit theplayhousesa.org.
Posted by Jenni Morin at 8:13 PM