Where You Come From: The House on Mango Street

Last produced in San Antonio 20 years ago, Sandra Cisneros’ The House on Mango Street, adapted for the stage by Amy Ludwig, opens The Classic Theatre of San Antonio season with an impressive brandishing of culture. The House on Mango Street, now showing through September 25, demonstrates the profundity of simplistic storytelling and the value of cultural and self-awareness. 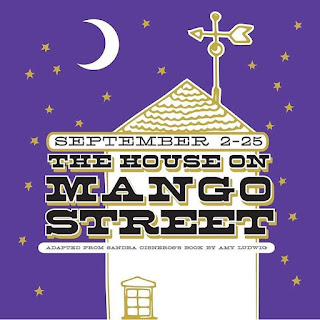 The House on Mango Street is a coming-of-age story comprised of vignettes from young Esperanza’s upbringing in Chicago. From the carefree games of preadolescence to the cusp of puberty to the confusion of teenage sexuality, Esperanza details her keen observances of the relationships, interactions and choices – especially of women – that seem to trap them on Mango Street. As she struggles to belong, she must accept her family, friends and Chicano culture will “always be who you are.” She vows to leave Mango Street, rejecting the prescribed gender role and place by a window, knowing she must one day return for the betterment of the community and those who are not able to leave.

Director José Rubén De León resurrects The House on Mango Street with fervor and grace, orchestrating an engaging production emphasizing the many talents of the cast. Thrust into the role of Younger Esperanza a mere eight days prior to opening, Bella Villarreal naturally portrays the innocence of the lead role even while referring to a prop prompt book, which feels more fitting for the character than distracting. Gypsy Pantoja as Older Esperanza guides her younger self through each scene, providing a wise foreseeing lens from which to view each experience. Averaging more than eight personas each, the supporting ensemble cast animated the vignettes with a volley of stock and endearing characters and provided a temperate pace. Maria A. Ibarra bore most of the maternal roles, each with a distinct backstory. The comedic roles fell to the hilarious Eraina Porras, while Arianna Angeles compassionately delivered dramatic moments. Athough the male characters are less defined in the script by design, Salvador Valadez, Gabriel Sanchez and Joshua Segovia were not deterred and all delivered compelling performances.

The production becomes the embodiment of Esperanza’s stories when the dull backdrop of the set is imbued with color and life as the vignettes paint vivid memories across the static scenery. Allan S. Ross’ set provides a near blank canvas to accommodate the script while maintaining his signature textures and dimensionality and prominently displaying the reality and the dream of the play’s title. Costume Designer Jodi Karjala stepped up to the challenge of visually distinguishing each character, while Pedro Ramirez delineated scenes and added a layer of subtlety with his lighting design. While the execution of the sound often felt choppy and abrupt in transitions, Rick Malone’s music and effects choices were inviting and invigorating.

From the importance of education to being comfortable in one’s own skin, the play’s message of empowerment especially encourages girls to change their own lives rather than waiting for someone else to. With an infusion of language and culture, The Classic Theatre production of The House on Mango Street exemplifies how talent elevates a script when simply told.


The House on Mango Street will run at The Classic Theatre through September 25, 2016 with performances at 8 p.m. on Friday and Saturday and 3 p.m. on Sunday. For more information and to purchase tickets, visit classictheatre.org.
Posted by Jenni Morin at 11:36 AM